Facebook Dynamics Changing And What It Means For Marketers

After the ‘Cambridge Analytica‘ debacle, Facebook has been attempting to re-instate faith in its users by building a more ‘privacy-focused’ portal. The recent Facebook F8 conference announcements are going be a game changer for both marketers and consumers. Let’s look at some of the major shifts in both user behaviour and Facebook design.

People are starting to move away from the newsfeed to more private groups and messenger groups. Facebook is looking at ensuring interoperability between different products like Messenger, WhatsApp and Instagram to be able to make it more seamless for users.

Facebook further made this evident by announcing the redesign of the Facebook feed as we have known it. In an update that Zuckerberg calls ‘FB5’, Facebook will re-jig the interface to bring groups and events to the fore-front. The new design will have a ‘groups tab’ and a personalised feed from the groups you are a part of instead of a generalised update feed from your friends. Group interactions would show up even as you browse other sections on Facebook, putting communities right in the centre. Specific types of groups in Facebook will also see new features, such as new templates in job groups where employers can post openings and so on.

Last year Facebook had released a set of branded groups features which allowed brands to create and manage groups under their brand name. Branded groups are still being treated like standard groups in terms of ranking in the news feed. From what appears now, this would give marketers the benefit of expanded reach. 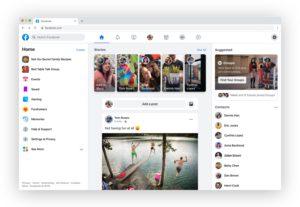 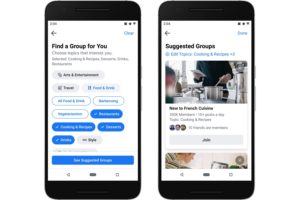 Creators will soon be able to sell products on Instagram

Facebook also has announced that creators would be able to sell directly from Instagram without having to take users to a website. This would be huge for influencer marketing. Creators can tag the products and on tapping on the products users will be re-directed to the product page and payment gateway. 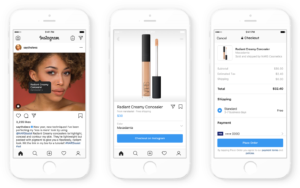 Facebook is beta tested to hide vanity metrics such as ‘like’ counts. It wouldn’t be visible to anyone except the creator of the post which would help fight the bot spam and create more meaningful engagement.

Facebook is also seeking to launch its cryptocurrency offering. It would allow users to easily exchange money between friends. In this, Facebook wouldn’t only be looking to facilitate basic fund transfers, but it would essentially be positioning its payment network as a direct rival to Visa and MasterCard.