Fishing is one of New Zealand’s most popular recreational activities. There are an estimated 600,000 recreational fishers per year, which makes up 17% of the population.

Fisheries New Zealand focuses its efforts on ensuring there are enough fish in the water for all our most important fish stocks and for future generations of recreational fishers to enjoy. If there is evidence where stocks are too low, restrictions are put on catch numbers to help rebuild stock.

The goals for the campaign are to inform recreational fishers about the rules, to encourage downloads of the NZ Fishing Rules app and to check those rules before going fishing to avoid a fine.

Getting the message right for Māori was key for this campaign, as fishing is a way of life and is of cultural significance. It is not as straight forward as simply catching and releasing, because kai moana is a diet staple for many Māori whānau. Additionally, different rules apply to those who have customary fishing permits.

In keeping with the principles of Te Tiriti o Waitangi, we partnered with Māori Television, producing a series of cross-platform videos promoting the concept “How much do you need for a kai?”. The videos featured talented Māori personalities Pio Terei and Hera Te Kurapa, as they use the NZ Fishing Rules App to help them catch only as much as they need to prepare a mean feed for the whānau.

The partnership is designed to encourage the Māori Television audience, who love hunting and fishing shows, to download the NZ Fishing Rules App and to keep up-to-date with the rules this summer.

Those videos were used as TV commercials and sponsorship openers to three popular Māori Television hunting and fishing shows.

The delicious recipes created by Hera using the kai moana caught by Pio are available on the Fisheries NZ Website.

Watch the videos here, or you can catch the TVCs with Pio and Hera on Māori Television this summer. 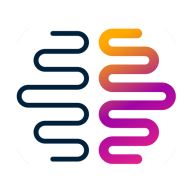