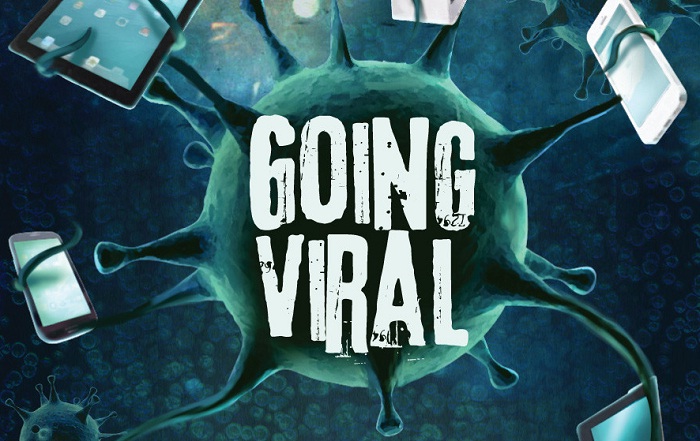 The COVID-19 coronavirus has caused chaos globally. Here in New Zealand, we’ve all read and heard a lot about the increase in overall media consumption during the various Alert Levels we experienced between March and June this year.

And there’s no doubt there was an impact – for some channels, that impact was substantial! But where are we now? Are we ‘back to normal’? Did any of those changed behaviours stick? What does the new media landscape look like?

It’s been a hard road in recent months for many media organisations. New Zealand’s continual challenge with scale has meant the impact has been harder on our market than it might be in other countries. So far, we’ve been lucky to have only seen the demise of a few channels – Bauer’s portfolio of print titles being the main (and most publicised) one. (Though very recent news suggests at least some of those publications are coming back; and pretty quickly!). But we’ve also seen GrownUps website being put on the ‘for sale’ list by their owners; and other media companies cutting back on production frequency, new content production or product enhancements – and there’s definitely been a more human impact in terms of jobs lost. We’re hopeful that the fallout ends there, and that our media industry turns the corner and starts to flourish again because that allows advertisers choice. And with choice comes the ability to segment and appeal to diverse audiences.

On March 23, New Zealand entered COVID-19 Alert Level 3, followed a short 3 days later by Alert Level 4 – full lockdown – for almost 5 weeks. Alert Level 3 restrictions followed for another 2 weeks or so before Level 2 kicked in on May 14 before we finally got back to some semblance of normality on June 9 under Alert Level 1 conditions.

Broadcast TV experienced an immediate increase.  March viewing by All 18-64 year olds increased by 4% YOY; April by a massive 21% YOY (the highest numbers seen in at least 5 years) – but by May, viewing had returned to the same levels as 2019 – and June actually experienced a YOY decrease. 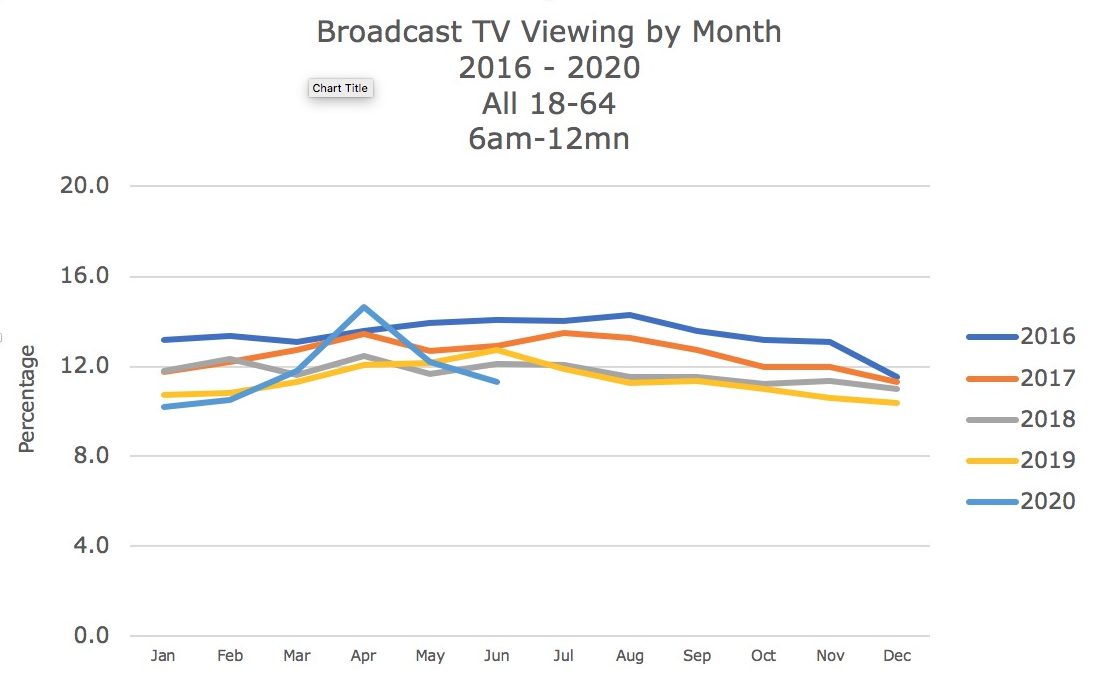 We would usually expect an increase in viewing to be driven by peak programming, but that was not solely the case in April.  Compared to overall growth of 21%, Peak (1800-2230) viewing grew by a still significant, but smaller, 13% YOY – driven largely by the 6pm News Hour: 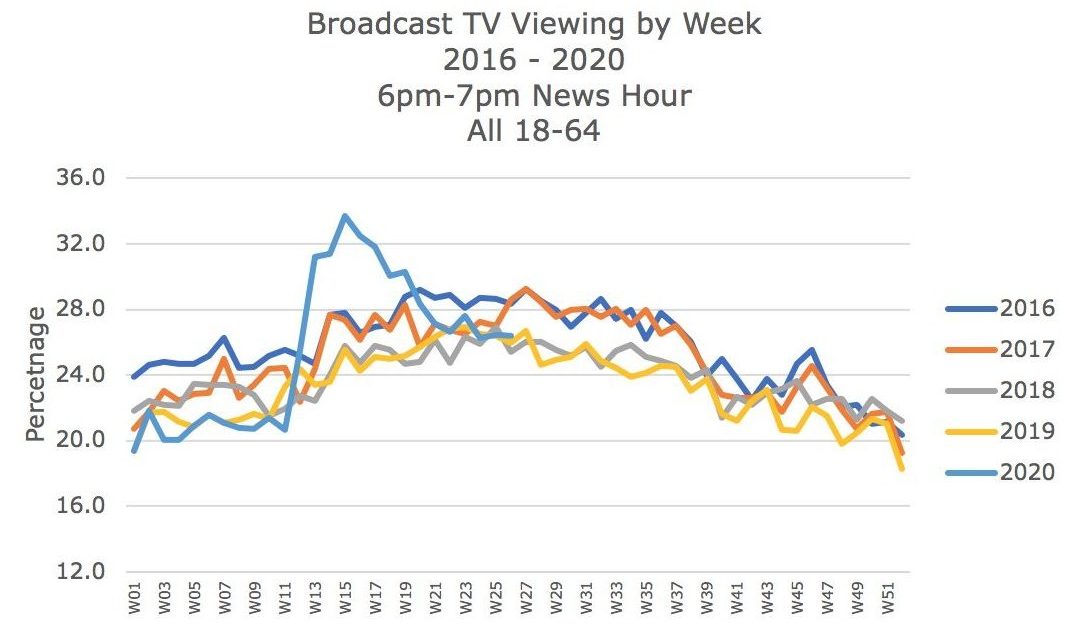 The increase in off-peak viewing was mostly down to “the Jacinda & Ashley Show”.  Every day at 1pm throughout April, thousands of people switched the TV on for the latest update: 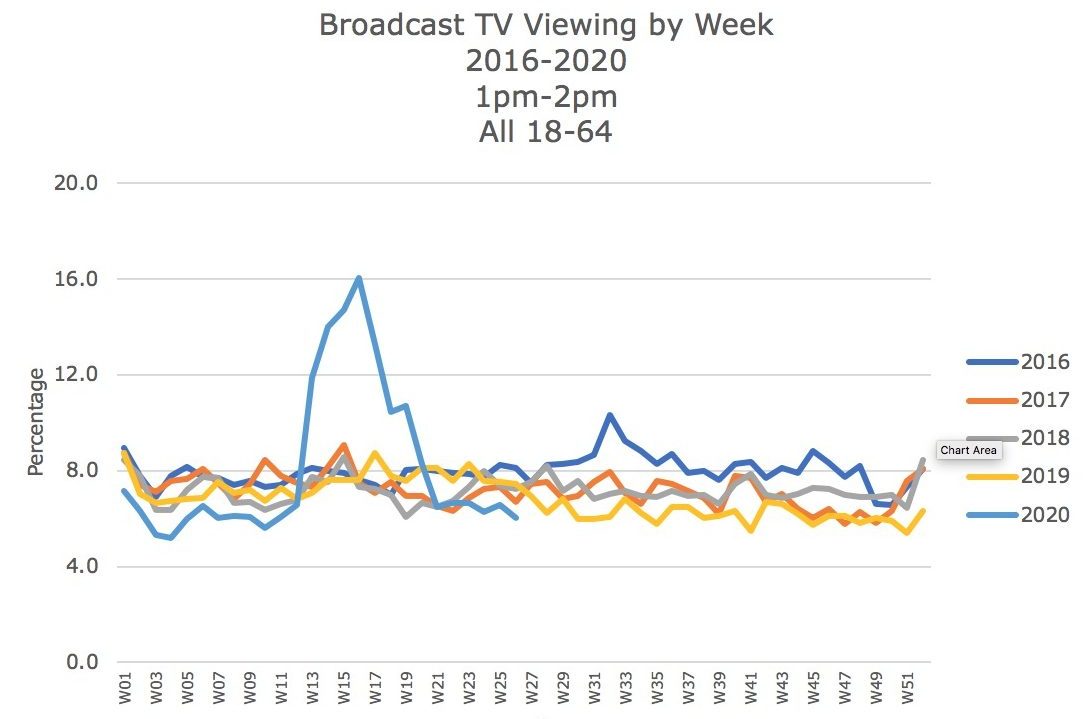 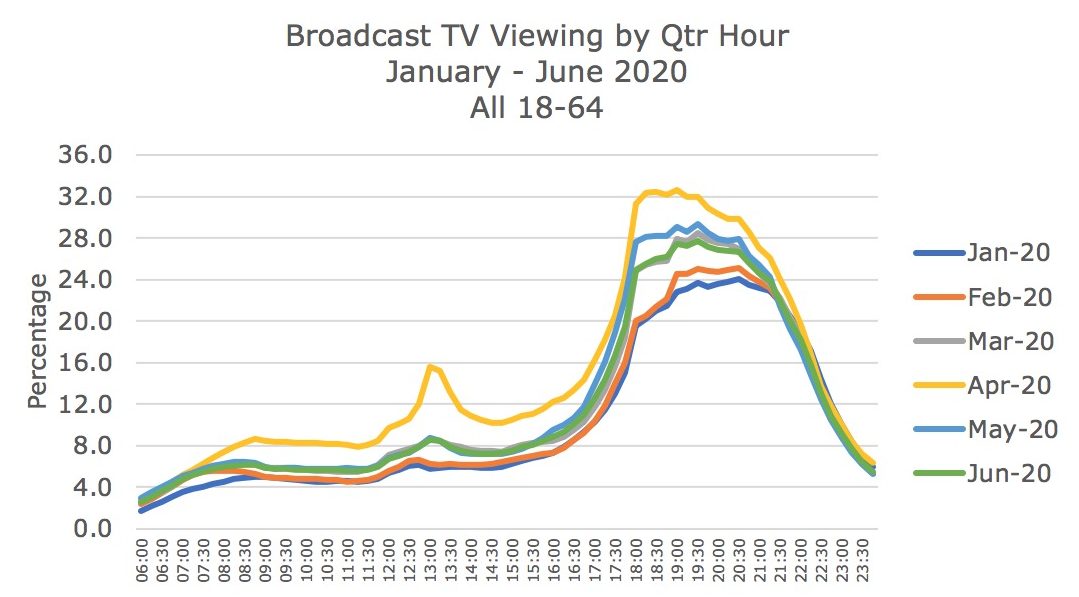 The increase in viewing wasn’t just confined to Broadcast TV. Video viewing also surged across OnDemand channels, with March increasing by 20% compared to February; and April growth up 28% compared to March.

Year on year comparisons show March growing by 3%, but April exploding with a 47% increase before dropping back to a ‘mere’ 32% YOY increase in May (NB: June data not yet available). 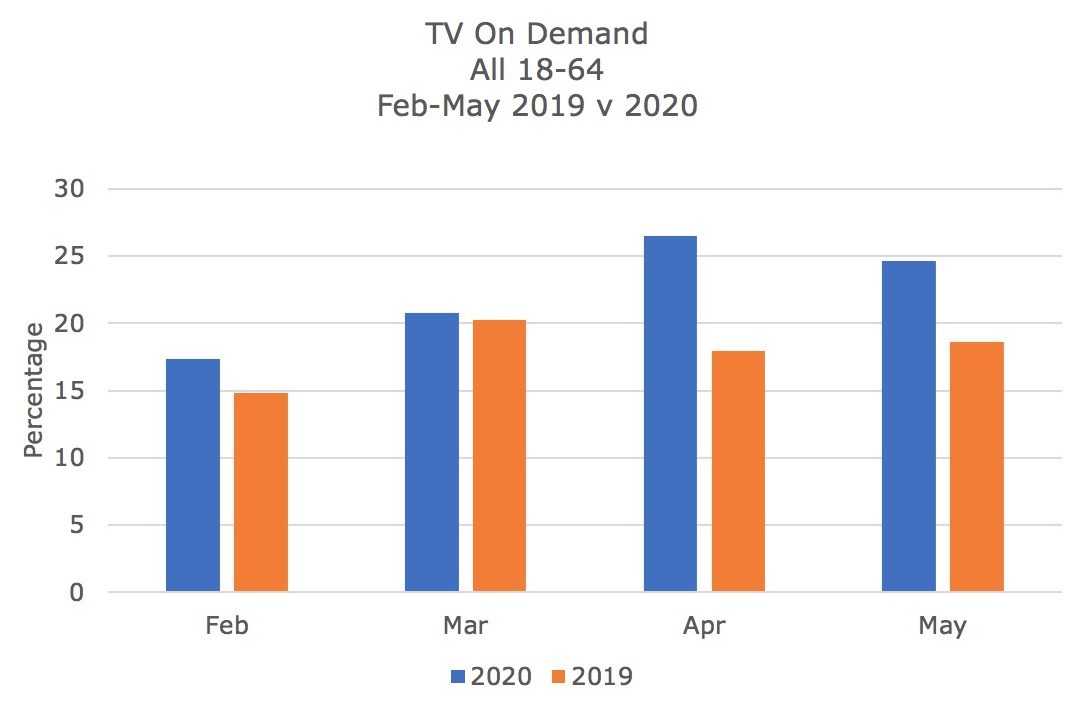 Despite potentially having more time to browse, or closer proximity to a digital device, the impact of lockdown in terms of online usage was not nearly as strong.

Returning from the Brink:

Other than those we lost, the channels most impacted by lockdown were Out of Home – outdoor and cinema.

Traffic volumes immediately dipped to almost nothing, before slowly but surely climbing back to (almost) normal levels.

According to OOHMAA – Hamilton, Christchurch and Dunedin traffic is now back to pre-lockdown levels, with Auckland at 94% and Wellington at 96%. 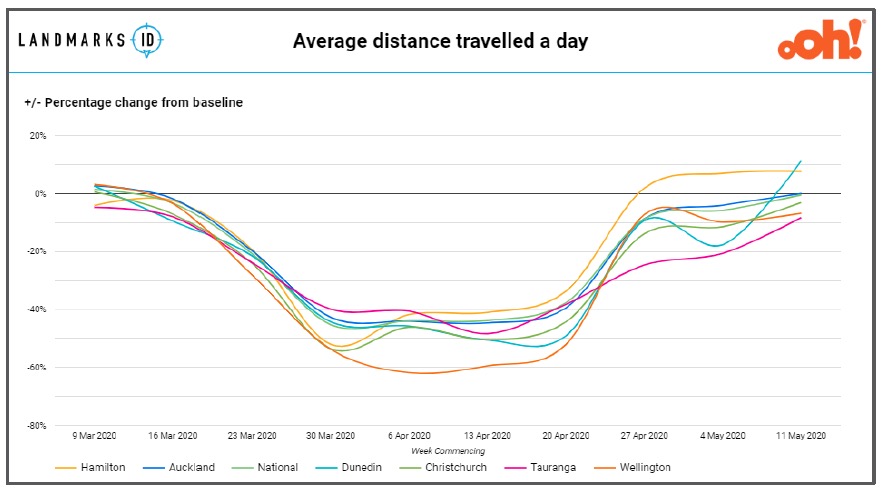 Cinema was heavily affected and will likely face more challenges for some time. Movie theatres were closed for over 3 months, and as the global pandemic currently shows no sign of slowing down, the film production sector will meet further struggles.  However, the signals for cinema’s rebuild are strong:

–  99% of cinemas in New Zealand have re-opened

–  Some of the biggest blockbusters that were planned for release pre COVID-19 now fill the next 6 months – the likes of Tenet, Mulan, Wonder Woman 1984, Quiet Place 2 & James Bond; No Time To Die will all appear before the year is out

–  Across the July to September quarter, conservative forecasts predict 35-45% of normal audience levels, increasing to 90% across the October to December quarter

The Greek philosopher Heraclitus was entirely accurate when he said ‘The only constant in life is change’. No doubt there are further impacts to come for our media industry; and our media usage. What those are specifically no-one really knows. What we do know is that the media landscape is constantly changing – while COVID-19 may have accelerated some of those changes, what remains true is that it’s in a state of constant evolution regardless. And our role is to maintain a watching brief; and evolve our media solutions for our clients in parallel.