Have your Say Campaign – On a UK-NZ Trade Agreement

New Zealand is preparing for a future free trade agreement with the United Kingdom (post Brexit) and MFAT wanted to ensure all New Zealanders; including those who may not usually engage in trade conversations; had a chance to voice their opinions on what was important to them before negotiations began.

The campaign on the UK-NZ trade agreement was all about providing kiwis a forum to:

Our challenges included reaching a broad range of target audiences; a 10-week campaign timeframe (which included the summer holiday period); and a complex topic.

The campaign was delivered via digital channels to facilitate a frictionless pathway through to the Have your Say website, leveraging audience-relevant platforms including Neighbourly posts; Programmatic display via news and business verticals; and Google Ads (Search). 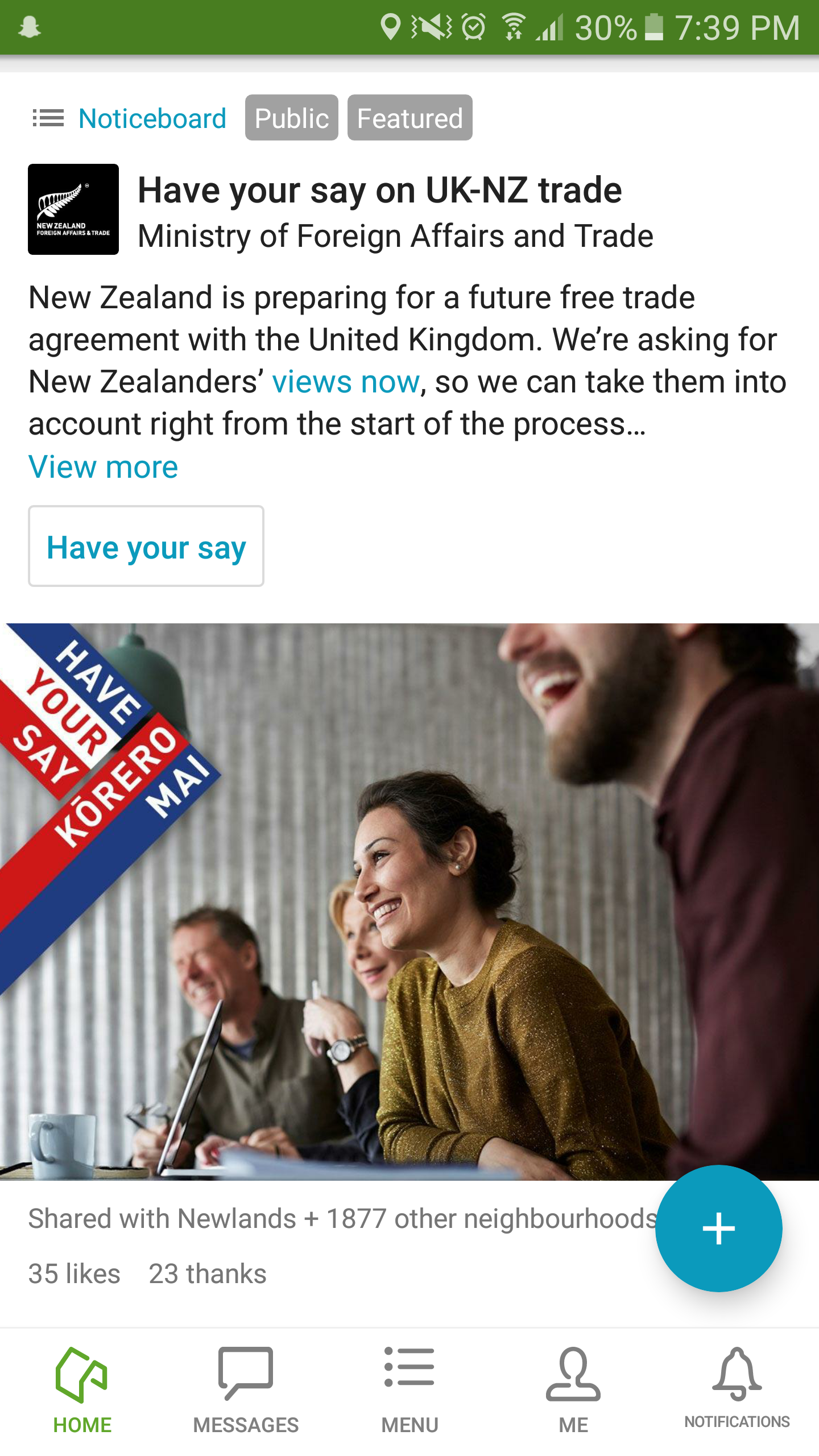 People could engage with the consultation via answering quick poll questions; longer comments or by submitting a more in-depth response.

The campaign delivered exceptional engagement, with the advertising generating; 71% of all website visits during the campaign period, 86% of all poll questions answered and 80% of all submitted comments.